by Soojin Um Staff Writer The general consensus about squirrels seems to be that they’re just rats with a cute tail (and better PR). It’s not really true even though they’re both in the rodent family, but the description is apt, we get it. So naturally, it would seem that cats will chase squirrels and occasionally catch them, especially if your cat is an outdoor cat and your backyard is inhabited by a lot of squirrels. However, you may not want your cat to be fond of hunting them. Squirrels may pose some dangers that you may not be aware of. Not big, but not small either Squirrels are not little creatures. Well, they are, but not when compared to a cat. They can be about a third or even half the size of a cat (if they’re huge or if the cat is dainty). When something is almost half your size, it’s not an easy prey to catch. Yes, we humans hunt elk and bear, but come on, we have a little help from this thing called heavy caliber rifles. Anyways, squirrels have been known to fight back against cats and small dogs. They can be feisty and can have a nasty bite, not to mention sharp claws as well. While we’re at it, it should be pointed out that, although rare, squirrels have also been known to tangle with us humans. Not that we’re in any danger, but it does show that some squirrels are tough and not afraid. 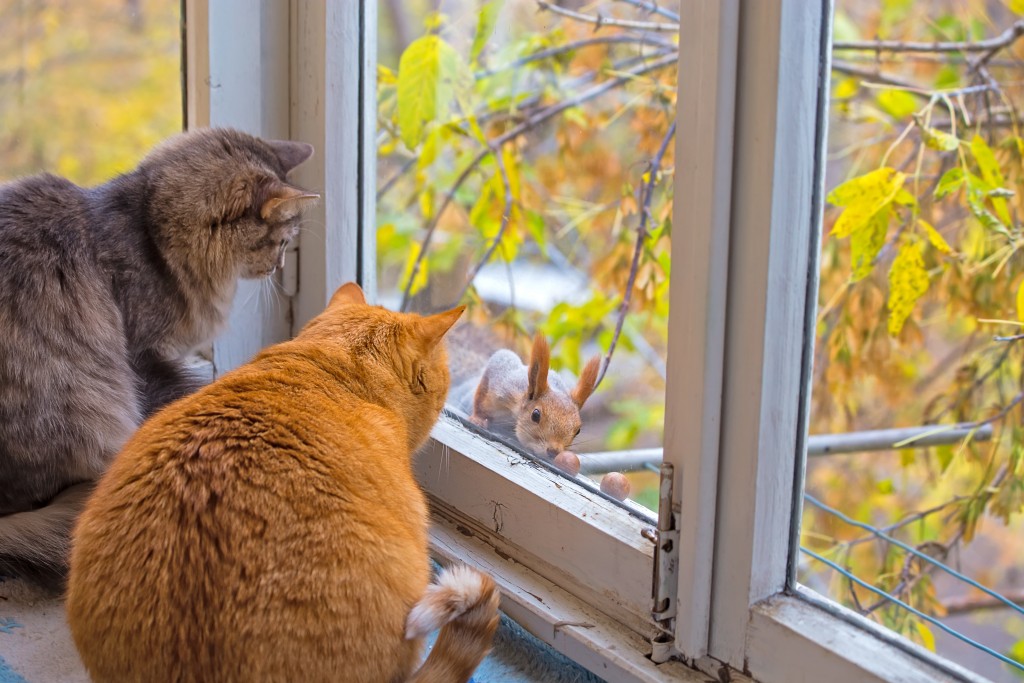 The risk of rabies? There has been concern over the years whether squirrels carry rabies, and in turn, infect us or our pets. All warm-blooded mammals are susceptible to rabies, a viral disease that attacks the brain and the central nervous system. It has been believed for a long time that squirrels and other rodents are carriers of the disease. The reality is that, though rodents can be afflicted with rabies because they’re mammals, they have a very low risk of carrying and passing on rabies. It’s not that they have special immunity from rabies, but because they’re generally killed by predators who already have the disease. If rodents somehow survive a bite attack from infected animals, they could carry it. However, since survival of an attack by predators is not a common occurrence, squirrels rarely get a chance to be infected by it. At least that’s a little bit reassuring. Never forget though that it’s from biostatistics, not from being immune to rabies. One can never be sure, so caution is recommended. 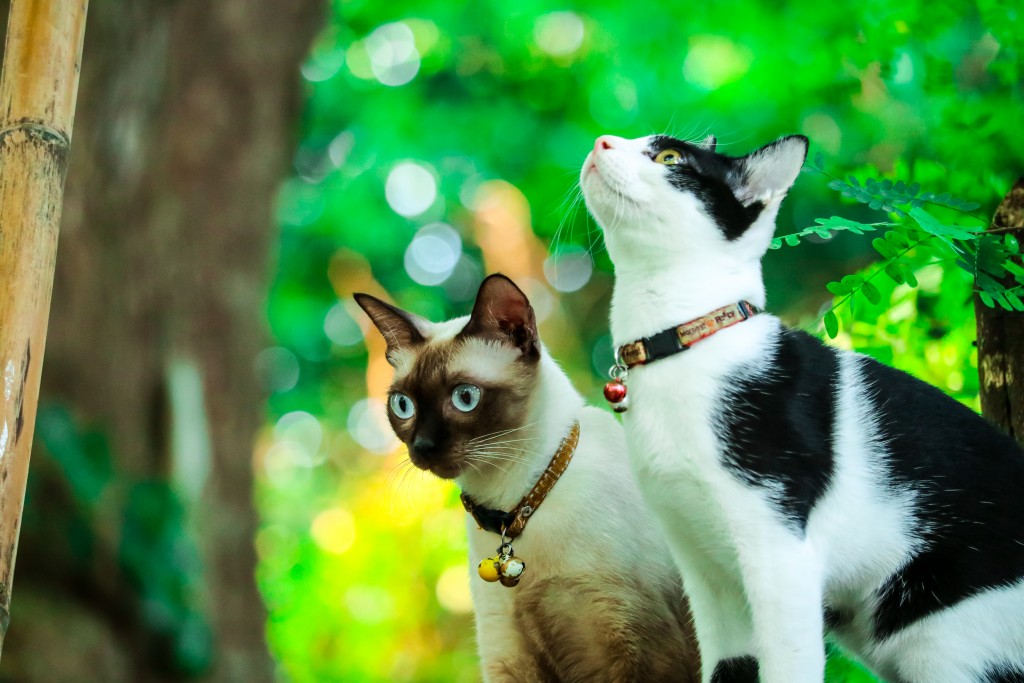 Cats are not the only predators It should also be pointed out that cats are not the only animals to hunt squirrels. Many animals, from coyotes to snakes to birds of prey, go after them too. And why not, because there are lots of squirrels, and they come in perfectly meal-sized portions. However, there’s a downside to this biological, culinary heaven: all of these predators competing for the same morsel of food. That means, depending on where you live, the more squirrels there are, the more chances of running into predators. Which predators? Just about any that you can imagine. The obvious ones, besides dogs and cats, are foxes and coyotes, but also birds of prey, such as owls, hawks, and eagles. Let’s face it, it’s tough being a squirrel – they’re the “it tastes like chicken” of the rodent eating world. This all boils down to: if your cat is hunting squirrels, these other predators might be too, and that could lead to an awkward encounter. 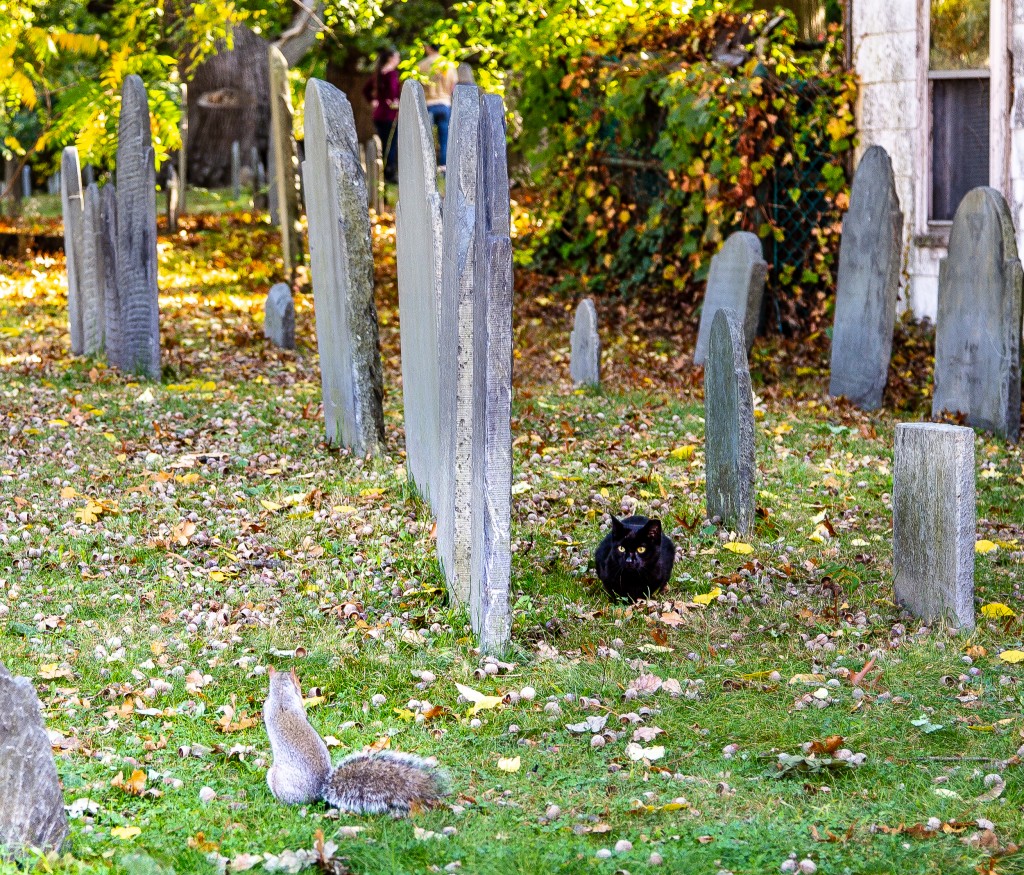 Cats can definitely hunt squirrels, but it depends whether you want that to happen or not. There are some dangers involved, though most can be weathered without a lot of issues. The biggest danger to your cat could be from these competing interests. It might be better to drive squirrels away from your property. The less there are, the less your cat (and other, neighboring animals) will hunt them. It might be fun to watch your cats chase all kinds of rodents in your yard, but it’s also equally possible that not doing so can protect your cats from other predators. In the end, it could just be all about the numbers and probabilities. However, you can feel comforted that you did all you could for the safety of your cats… and squirrels. Please let us know your thoughts on this topic and/or give us feedback here or on Facebook.
STAY IN THE LOOP
Menu
Twitter Facebook Pinterest Youtube Instagram