Cats have been human companions for 100,000 years. Domestication occurred around 5000 years ago, though some archaeologists say it’s more like 10,000 years ago. The relationship between cats and humans started out purely as a business transaction: you protect our grain from mice, and we will allow you to live among us. But it became much more to our ancient predecessors, which is still reflected today in our modern lives.

Ancient Egypt
This is where it all began (at least in recorded history). Ancient Egyptians worshiped the cat, literally. The goddess Bastet was the goddess of cats. And as such, she guarded against evil forces and illness, and was the most popular deity in Egyptian mythology. She is usually represented as a woman with a cat’s head, and a giant temple was built in her honor. 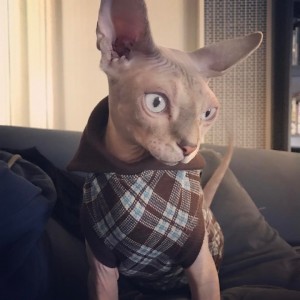 Cats were revered in Ancient Egypt. It was against the law to harm a cat, or to take cats outside of Egypt. Violation of this law could result in death. A legend tells of a Roman soldier accidentally killing a cat. This angered the local Egyptians so much that they gathered into a mob and killed the soldier.

Interesting fact: hieroglyphs from Ancient Egypt shows the word for cat was “miu” or “mau.” It seems that their word for “cat” was named after the sounds cats make. It does beg the question: what was their word for dog, was it “woof”? (According to several sources, it was actually “iwiw” after the sound dogs make when howling or yapping.)

Ancient Rome
A common belief among historians is that cats were introduced to Europe as early as 5th century BC by Phoenician merchants who traded all over the Mediterranean. Romans particularly liked cats for their ability to catch mice and other rodents. Cats were so good at it that the Roman army brought cats with them to safeguard their food supply from rats. Rats also liked to chew on wood and leather, which meant they were a threat to Roman armor and equipment as well. To prevent loss of food, damage to equipment, and the spread of disease, the cat was an indispensable part of Roman forts. And it wasn’t long before cats were also appreciated as mascots and companions to the soldiers. 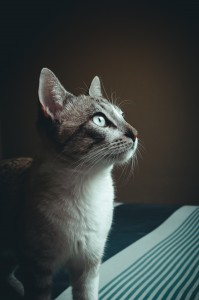 The Romans also regarded cats in terms of mythical symbolism. Cats were thought to embody independence and freedom. In fact, cats were the only animals allowed inside Roman temples. The Roman goddess Libertas is often shown with a cat. And there are several tales of the goddess Diana transforming herself into a cat. It seems being a cat had its privileges in the old Empire.

Ancient Japan
Cats were first brought to the Japanese islands around 500 AD. Their initial job was the same as in Egypt and Europe – to protect food stores. However, monks from Buddhist temples found another important function for cats. Rodents would often chew and damage parchment used for books. Many of those ancient manuscripts were irreplaceable, and it was imperative that they be protected. In time, cats became known as protectors of rare books, which garnered them additional praise and love. 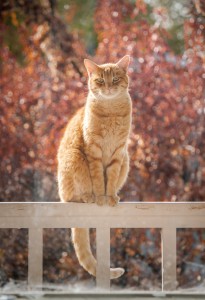 Japanese culture sees cats as being a lucky charm. An old legend tells of a great lord walking on a road when he saw a cat with one paw raised, as if beckoning to him. Out of curiosity the lord approached the cat to get a better look. At that moment, a lightning bolt struck the very spot where he had been walking. The cat had saved his life. From then on, cats have been seen as good luck. Many shops in Japan today have a figurine of a cat with one paw raised, often the paw moving back and forth in a beckoning motion, to bring good fortune to the establishment.

Cats have graced us with their presence for thousands of years. They were, and are still, loved by many cultures throughout history. It was their expertise in hunting that first got our attention. But in time, we learned to love cats for their dignity and independence. They are remarkable creatures, and it seems we humans have known that all this time.