Cat cafes seem to be popping up everywhere these days. The first cat cafe opened in the United States in 2014. Currently, according to Meow Around, there are 92 across the country. People are flocking to cat cafes to enjoy some coffee and cat companionship. So, what’s going on here? What is the deal with cat cafes and how did they become so popular so fast? To answer that, we have to go back 20 years and cross an ocean to find the first one. 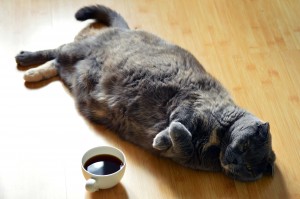 How did it get started?
In 1998, a small, family-run cafe opened in Taiwan called Cat Flower Garden. This was the world’s first cafe to specifically feature cats as part of the draw. The owners had a love of cats and they kept adopting strays. They also wanted to open a cafe, and they decided to mix their two loves by opening the very first cat cafe. A Japanese tourist visited the cafe one day and decided to take that concept back home. The Japanese took to it right away and the cat cafe boom was born. Other countries started to open them as well, and now there are cat cafes in every continent.

Cat cafes in the U.S. 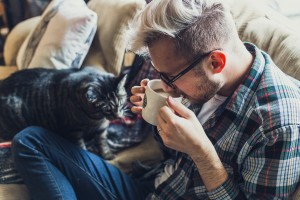 Cat cafes have really taken off in the U.S. We still trail Japan in total numbers (Japan has over 150!), but around 100 cafes have opened since 2014. However, American cat cafes have a unique twist. Most cafes partner with local shelters to make the cats open for adoption. This provides people and cats to interact with one another without commitment or pressure, and the option is always there if a patron connects with a particular cat. This arrangement also benefits shelters because it provides a place where cats can go where they will be safe and taken care of. The concept is also getting popular in Europe as well. 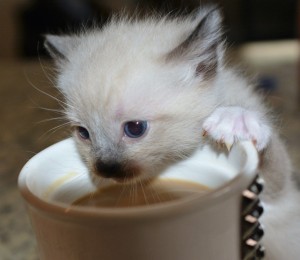 Not everyone is enamored with the idea of cat cafes, however. There have been some criticisms by animal rights groups, voicing concerns that these cafes may not be the best environments for cats. Some cats might have trouble adjusting to a constant stream of unfamiliar people invading their “home.” Even though most cafes have rules on when not to disturb the cats, it can still be stressful to be around strangers throughout day. The cafes themselves can vary widely in the amount of space and number of customers. This is not even factoring in some cats may not get along with each other. Sharing a confined space with cats and people can cause anxiety and result in aggressive behavior. Cafe owners are now addressing those issues by only taking cats that are fine with the cafe environment.

Can the phenomenon last? 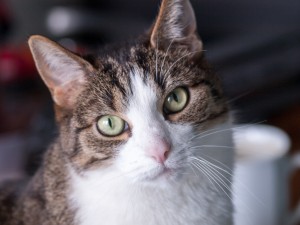 Cat cafe mania seems to be sweeping the nation, with seemingly new cafes opening every month. The question remains, however, will this trend last? In most cities, there are strict codes for health and cleanliness for establishments. Cafes in the U.S. generally cannot serve food or beverages in the same room containing animals. So you can take the food and drink that you purchased into the cat lounge, but they must be prepared in a separate area where the cats can’t go. Adhering to these health codes can add to the cost of operating a cafe. In addition, many other costs are not adequately anticipated, such as vet bills and insurance. There have been numerous cafes that were opened only to close a year or two later. That doesn’t seem to daunt cat-loving entrepreneurs though. At the rate new cat cafes keep opening, this phenomenon may last for many years to come.

The idea of the cat cafe has come a long way since the first one opened in Taipei. Most cafes now are almost like mini theme parks. They’re also branching out into other types of establishments, from wine bars to cat massage parlors (yes, it’s for real). It makes one wonder what could be next. Cat movie theaters? Cat nap stations where you can take an afternoon siesta with a cat? If this trend continues to grow and evolve, we could be looking at cats being a part of every facet of our lives. Sorry cat haters, but it looks like they’re taking over the world.