In any urban environment, you can see them. Feral cats roam the streets and alleyways, sometimes alone, oftentimes in colonies. They are essentially wild animals, having grown up with no contact with people, fending for themselves since birth. They’re the result of stray, other feral, and sometimes non-neutered outdoor cats.

Cats are quiet and they’re cute, so what could be the problem? Well, for one, cats are such proficient hunters that they’re hurting wildlife populations. Each year, the number of animals killed by feral cats range from hundreds of millions to over a billion. Biologists are especially troubled by the decimation of bird populations, especially those of endangered species. 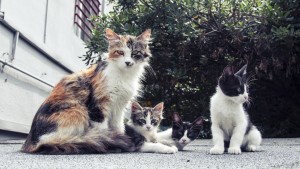 However, cat advocates believe cats should not be singled out for this decline in wildlife populations. A study by the U.S. Forest Service, for example, noted that the biggest cause of decline in certain bird species was loss of habitat from deforestation. Other contributing factors responsible for the decline in wildlife as a whole are pollution, urban sprawl, traffic, and new construction – all of which are man-made factors.

Unfortunately, to deal with the feral problem, many of the cats that are caught are put to death. Often, there is no attempt to find homes for these cats since they are no longer tamable. They have been without human contact their entire lives, so they’re unable to adjust to living with people in a home setting.

There have been efforts to reduce the feral cat population without having to kill them. One such effort is the trap-neuter-release (TNR) program. Cat colonies are captured and then sterilized, then released back into the wild. The idea is for these cats to be allowed to live but not reproduce. If there are kittens, they can be adopted. This sounds like the best of both worlds, but it has problems of its own. 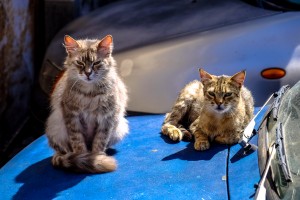 The main problem with TNR is that cats are still returned to the wild. They may not reproduce, but they are still subject to the dangers of disease, extreme climates, and being attacked (by other animals as well by humans). The sheer numbers of feral cat colonies make them easily available targets of animal cruelty. And then there is the cost and effectiveness of TNR, which is mostly dependent on volunteer veterinarians and caretakers. Even with these people determined to help, TNR may not be achieve the kind of results that make it worthwhile.

There are no easy answers to the feral cat issue. People want to avoid euthanasia because they view it as cruel, but the alternative could also be cruel in its own way. Fortunately, there is some progress in the development of a sterilization vaccine. These vaccines trick the body into blocking the hormones that are responsible for sperm and egg production. In fact, current research have already resulted in mice becoming infertile after being injected. There’s still a long way to go in developing a working vaccine, but the research is promising. 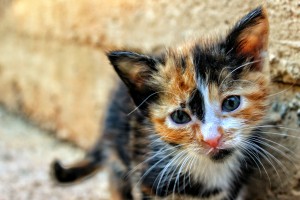 Can we do something to help? Yes. You can work with fundraisers to help local shelters for the wonderful work they do everyday. Volunteers are needed to help with TNR programs – you can help feed the cats, maintain clean, healthy facilities, and help with the trapping stray cats to be neutered. There are also a need for volunteers to facilitate adoption events. That could be a fun and rewarding experience, helping cats and meeting new friends.