There is probably no shortage of videos on the internet showcasing cats’ ability to land on their feet. Sometimes, people hold their cat upside down from about a foot off the ground and let go. Before you even have time to blink, the cat is right side up and on its feet. The issue of whether this is animal cruelty aside, this stunt always makes us wonder how cats are able to do that in the first place. Dogs can’t do this, and it’s not because they’re not as agile or athletic as cats. So what’s the trick? Well, it could be said that cats just put their backs into it. 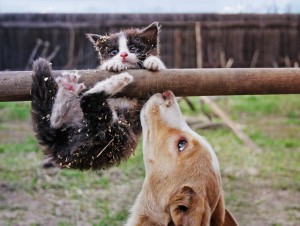 It really just boils down to physics and biology. Not that cats consciously perform their amazing feat in a scientific, step by step in manner. It’s all done instinctively of course. However, they do get some help from nature and the natural laws of motion. First comes the biology. Cats have more vertebrae than humans and other similar mammals. This makes them very flexible. Not a bad trait to be born with, and almost an unfair advantage. They need this flexibility in order to be able to do what they do.

The second part is the physics. The first thing a cat needs to do when falling is right itself so that the feet are facing the ground. How does it do that? Just turn around, you say. However, when suspended in air, sort of like in the zero gravity of space, one needs to “push off” something in order to rotate. It’s called the righting reflex. When you’re floating by yourself in the air, what can you push off of? Well, cats discovered long ago that they can push off of themselves. Huh? 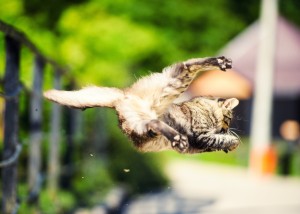 When videos of cats are studied using slow motion, scientists were able to clearly see that the first thing a cat does is twist its body in opposite directions. For example, the upper torso twists, or spins, clockwise while the lower torso spins in the opposite direction. Because of the extra vertebrae, these twists can add up to 100 degrees. When these wildly opposite turns occur at the same time, the cat is effectively pushing off of itself to generate momentum. And that’s the secret!

The upper and lower twists don’t turn at the same rate. The upper torso actually spins faster, and the front feet are in landing position a split-second first. The opposite twisting motion then causes the lower half of the torso to contort at whiplash speed and positions the back legs into a landing position a split-second later. Before you know it, all four feet are facing the ground, ready for impact.

So there you have it. Simple, right? You just twist the body in opposite directions in an impossible rotation angle, and let that motion then spring-coil the lower torso to position the back feet so it’s ready for landing… You know what? Forget it. It’s too simple and complicated at the same time. It’s enough just to know cats land on their feet. No matter what, there they are, on their feet and no worse for wear. There you have it folks, a thoroughly scientific explanation of how cats stay on their feet even when falling. We’re just glad that they do. 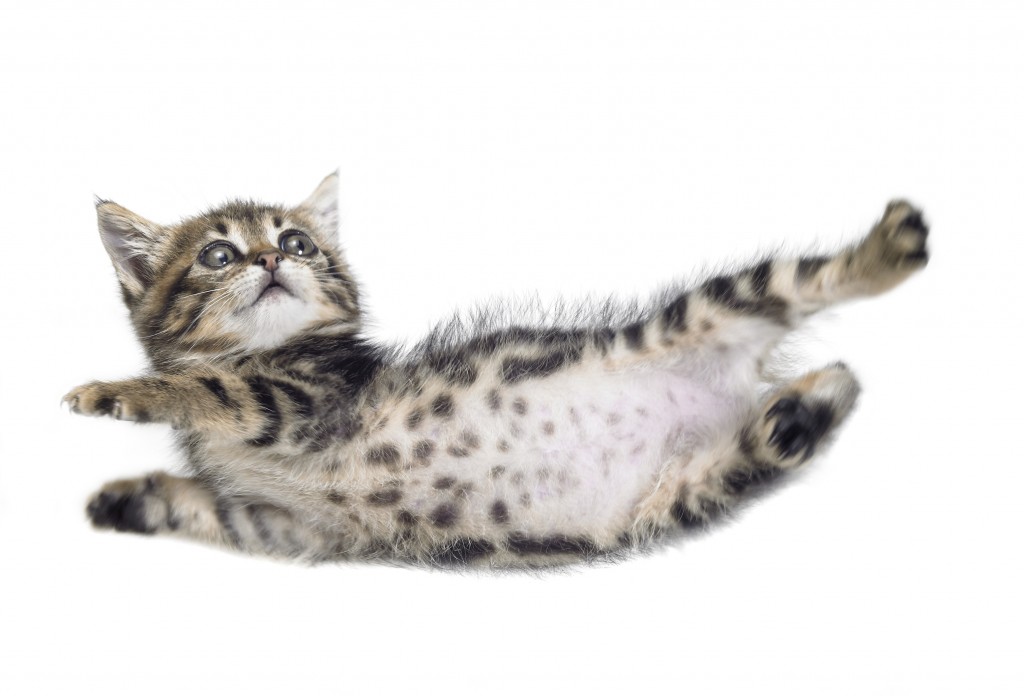