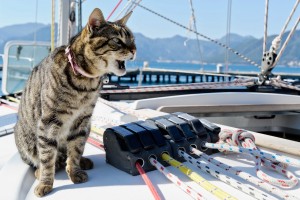 When we think of working animals on farms, we may think of horses and dogs, but we may not immediately think of cats. However, cats have been employed on farms since the time of Ancient Egypt. Cats have been on ocean going ships as a way to control rats from eating the grain stores. They were pretty effective at it, which made sailors feel having a cat onboard was good luck. As people settled in far flung colonies, those cats settled there too, becoming lethal hunters of farm pests.

When settlers saw how effective cats were at protecting grain aboard ships, they adopted cats to do the same on land. Grain silos attracts rodents and insects. Cat are more than happy to get rid of them. It’s not even about eating, but their instinctive need to hunt. They’re so good at it, in fact, that in many parts of the world, local wildlife are under threat of extinction. Talk about dedication to your craft. 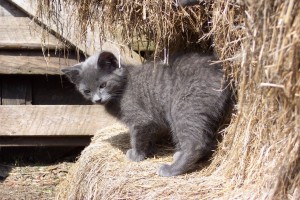 Most barn cats used to be feral cats. Farmers saw the benefit to having them around and thus allowed them to stay. Barn cats used to also subsist off of their catch, kind of like an all-commission salesperson. However, in modern times, they are often treated as pets. Even if one is a stray, they might still be fed and cared for. Also, being given food does not make the cats less likely to hunt, as popular myth would suggest. Rather, a properly fed cat will have the energy and strength to chase down vermin all day long.

It’s not all about hunting, however. Just like in the home, they also provide companionship to other animals on the farm. Cats can form friendships with horses, sheep, dogs, chickens. Well, maybe keep the cats away from chicks, but adult chickens should be fine. 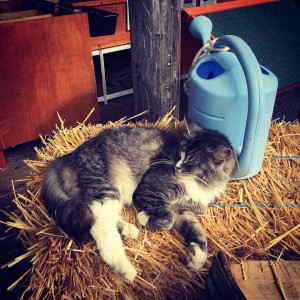 There are many organizations and shelters that provide barn cats to people who need them. Often, this is a good compromise if someone is not fully up to owning a housecat. People who have farms, ranches, and homesteads are good candidates for barn cats. They are low maintenance, beneficial to the property, and a good place for cats who otherwise might face euthanasia. Even for cats in no-kill shelters, farm life might be better than shelter life. Cats adapt to surroundings very adeptly and the farm might be a welcome change after time spent in cages.

So move over sheepdog, there’s a new sheriff in town. Maybe that’s overstating it a bit (though they can be better at some tasks better than farm dogs). Of course, there’s no need to compare as they both perform important functions. However way we see it, we can’t deny cats have a valuable place on the farm. It’s a good trade: we benefit from their work, and they have a home on the range.