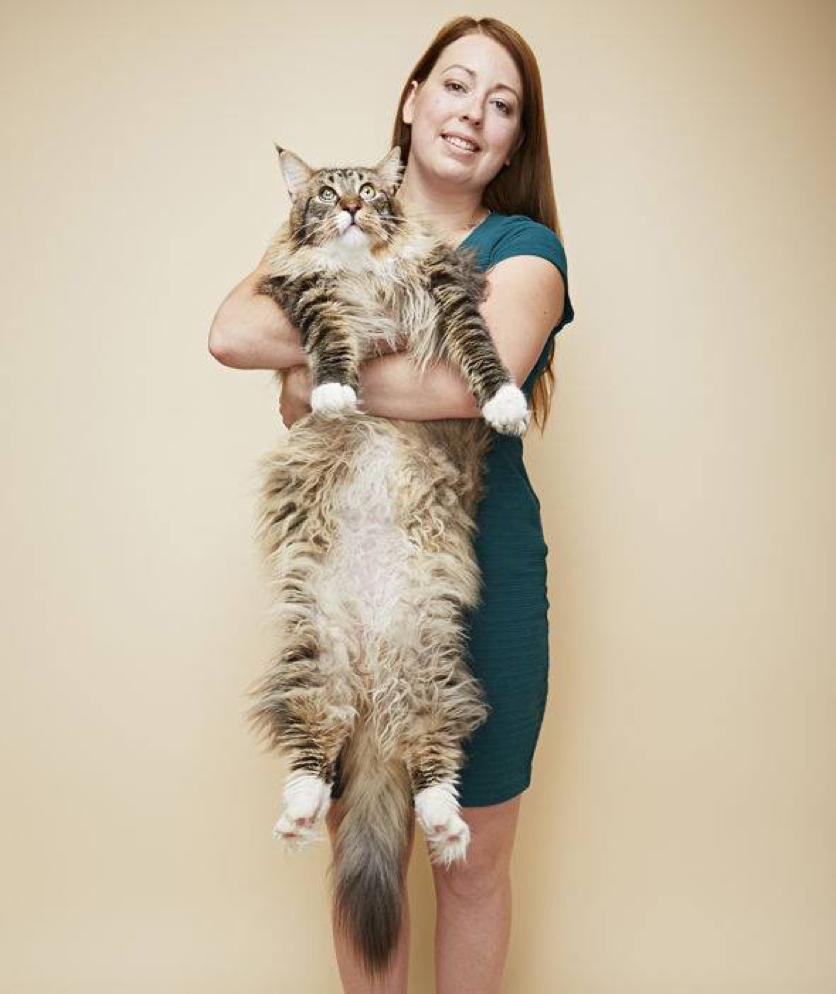 Ludo the Maine Coon comes from Wakefield, a city in West Yorkshire England, and measures in at an astounding 46.59 inches long, from the tip of his nose, to the end of his last tailbone.

The Maine Coon is the largest domesticated breed of cat, so it’s no surprise that this breed holds the world record for longest domestic cat.

Ludo’s owner, Kelsey, describes him as being just like any other cat; he enjoys playing with his toys, laying around, and cuddling with his humans. The only thing that sets him apart is his giant size and the slight clumsiness that comes with it.