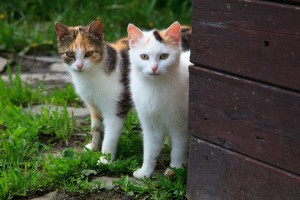 Cats are loners. They’re solitary creatures. That is a popular belief of many of people. Who can blame us though? Cats aren’t like dogs, running around excitedly when people come over, wanting to play with people and animals alike whenever they can. Cats are generally more reserved to say the least. However, that doesn’t mean they’re antisocial. Cats, in fact, are very social animals, just maybe in a different style than we’re used to. They certainly don’t like to be completely alone for long periods of time any more than we do. So should you get a second cat to keep your feline friend company while you’re at work? Are two cats better than one? Let’s take a look.

Having another cat around can lessen the boredom and loneliness that a solitary cat might experience when you’re not there. Sure, cats usually sleep most of the day away, but that doesn’t mean they enjoy being alone when they’re awake. Being alone can be frightening as well, especially for kittens or newly adopted cats. Having a companion around can be reassuring and confidence building.

Another benefit to having two cats is that they teach each other social skills. We tend to spoil our cats, but cats won’t tolerate it when other cats cross the line. If one does something unpleasant, the other will let it know. In this way, they learn naturally behaviors we would not be able to teach them. 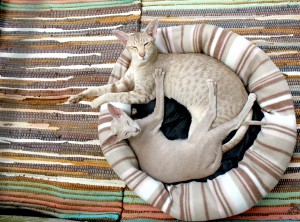 There are, of course, situations where two cats just do not get along. If a pair of kittens grow up together, chances are they will be fine. After all, they don’t know a different option. However, if you introduce a new cat, you could face some backlash. Even after a breaking in period, there could still be a tense cold war being waged in the house. Cats aren’t that different from people in the sense that there are those who just can’t stand each other no matter what. It would be like being stuck with a roommate from hell for life. Imagine the emotional stress that would cause anyone. Your cats would face a similar situation, especially if they’re in close proximity of an apartment or a small house. That is something you might consider if you’re thinking of getting a second cat. 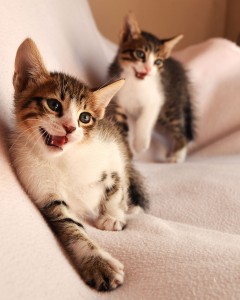 The other side of that coin is also important to consider. What if they do get along famously, but then one of them passes away. It’s certainly sad for us, but it could be very sad for the surviving cat as well. Cats can grieve the loss of a loved one. They can display a loss of appetite, and sleep a lot more than usual, the same way we humans can’t get out of bed when depressed or in mourning. They sometimes will look for the missing loved one. Eventually they will move on, just like we do, but they may forever have something missing in their hearts.

There are many factors to consider when getting a pet, let alone two (or more). That doesn’t mean those factors should dissuade you from doing so. By adopting two cats instead of one, you’re doubling the lives you’re saving. Plus, the cats would feel less lonely and more contented because of the companionship. It’s just that, having more than one cat has to be right for you as well. If the additional responsibility causes you stress, you cat can feel it too, and that could negate the benefit of the second cat. With cats, more the merrier (within reason), and as long as you feel up to it, it can be a great thing for all involved.